The Future is Bleak – Only Optimism Remains 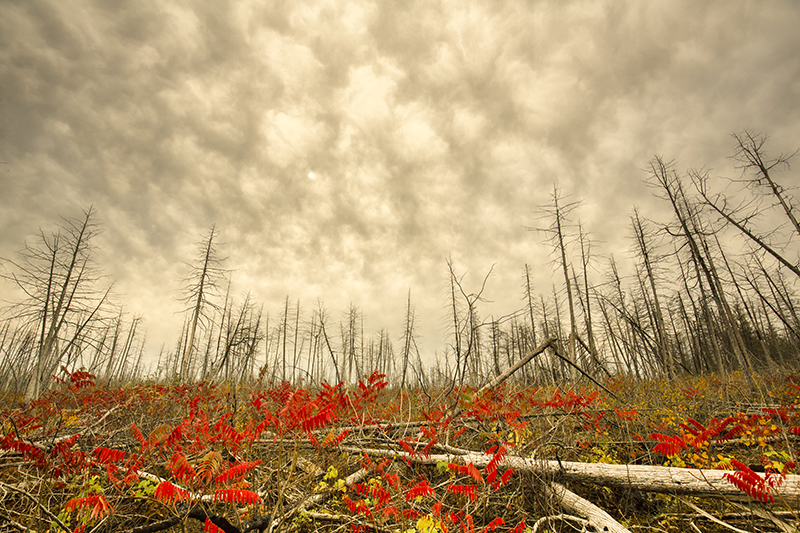 My favorite radio station is Deutschlandfunk. In the mornings, there are interviews with top politicians, social topics are discussed and you get a little more information about what is going on as compared to popular radio stations. However, listening is depressing. German politics busies itself the whole day with internal quarrels, the CDU is struggling to get a new party leader, the SPD is missing the fourth industrial revolution, court decisions on banning diesel vehicle traffic are circumvented – absolutely no sense of reality. And by this, I mean: Nobody within German politics appears to be willing to decide today about what is important for tomorrow.

The western industrial countries are experiencing the largest change in the last 50 years. In the first decades after World War II, these countries were unified through a common concept of the enemy. The fall of the Iron Curtain left a vacuum in which something completely new took over: digitalization. It was exciting all of a sudden being able to order books and other more or less useful things from all over the world with a click of the mouse, and then share our opinions on this stuff on survey portals. And – thanks to Apple, praise be to them – we were able to do this constantly from anywhere with the help of a new drug: the smartphone. On one hand, all of this was a blessing. However, without us really noticing, politics became more and more ineffective and unimaginative. The power transferred to GAFA (Google, Apple, Facebook, Amazon) and to the companies coming from the same waters. Apple’s market capitalization, its value on the stock market, is nearly US $1 trillion. In comparison: Germany’s federal budget in 2018 was € 343.6 billion. In addition, German industries are ruled by investment companies and hedge funds. Larry Fink, found of BlackRock, sets the tone in many German companies and even Friedrich Merz, the CDU’s top candidate, is on Fink’s payroll. It would be naive to believe that Merz remains uninfluenced in his decision making despite this.

Naturally, the economy has always influenced politics, and in the past, it made it easier for dictators to rise up. But now, there are companies with such large money reserves, they could simply buy entire countries. With their cash conversion business model, they suck in so much money that they can even invest in pure research – and in an amount that would probably make the Deutschen Forschungsgemeinschaft DFG dizzy. GAFA invests in artificial intelligence, runs laboratories like Google X (with, at first glance, fantastic and innovative ideas with implications for humanity) and attract the smartest scientists from all over the world. Here, they work on machine learning, artificial intelligence, digital picture recognition and certainly more things that we do not (should not) know about. They are not just working on improving search algorithms, but rather on optimizing humans, as Richard David Precht writes about in his new book “Jäger, Hirten, Kritiker” (review in the FAZ):

“Efficient thinking – or how the philosophy since Max Horkheimer and Theordor W. Adorno states: the “instrumental reason” – follows a relentless exploitation logic. And it becomes more unforgiving and faster. However, there is something completely new with efficient thinking in the fourth industrial revolution. It doesn’t just utilize the requirement for optimization on production processes. No, it believes humans themselves need to be optimized!” [1]

All of this happens unchecked, just as can be seen in the dystopias like Blade Runner or Elysium. Gigantic corporations rule a powerless and futureless humanity, who will descend into irrelevance. Boredom will be replaced with by insignificance. What the individual does will no longer play a role. Supported by a basic income (which could be highly useful according to Precht, but the debate in Germany on this is biased and irrational, as he mentioned in Vienna during his talk at ThinkIBM), so that they can purchase the products that the corporations will deliver to them. So, the individual will probably be happy sitting in their isolated chamber of their virtual reality smartphone (a train of thought suggested in the book Nächste Ausfahrt Zukunft), but what they want will be steered through a continuous stream of advertising and through algorithms that will tell us when we should go jogging, when we should eat and who we should love.

These are just little helpers. However, with the data we provide to these apps, eventually we will become a mass to be manipulated. As Svea Eckert remarkably demonstrated at the PM Forum 2018 in Nuremberg, it is quite simple to anonymously filter out who the actual user is. The individual can be controlled and thus deliberately manipulated.

“The young man standing next to me seems like a patient holding his digital dialysis machine in his hand. The smartphone has become a part of our body, an external organ, without which we would helplessly fumble around in a network world. Maybe it is the only way to endure the conglomeration of people surrounding you. The compactness and tightness of megacities forces us to flee into the virtual. The anonymity of skyscrapers and suburbs dissolves any sense of self. How can you find yourself within the anonymity of such oversized cities with their enormous housing silos?” [2]

Philosophers look for a view of the future; journalists like Ranga Yogeshwar, historians like Yuval Noah Harari try to explain the correlations to us, warn us and attempt to sharpen the view for what is essential. But our politicians ignore it, remain blind or want to be blind. I ask myself, do these politicians really not see or do they secretly have their own agenda. One way or the other, we must finally wake up and build our own future. We must decide how we want to live and force our politicians to create the framework conditions for this. If we want something – for example, to quit using coal and nuclear energy – then we must also be willing to deal with the consequences.

It would be much easier to accomplish this if our politicians would finally deal with the problems at hand instead of wasting time on arguing with their opponents. Ultimately it all comes down to one decision: Do we want to continue exploiting and destroying the Earth, do we want to give our personal information away and do we want to be steered like cattle through a gate. Positive development does not function for people controlling the power levers, who according to Seehofer only look backwards to secure their way of life. That’s why we need in the leadership positions politicians with backbones and a vision for a livable future.