Employer Branding in Digitalization: Impressions from the EB-X Wien 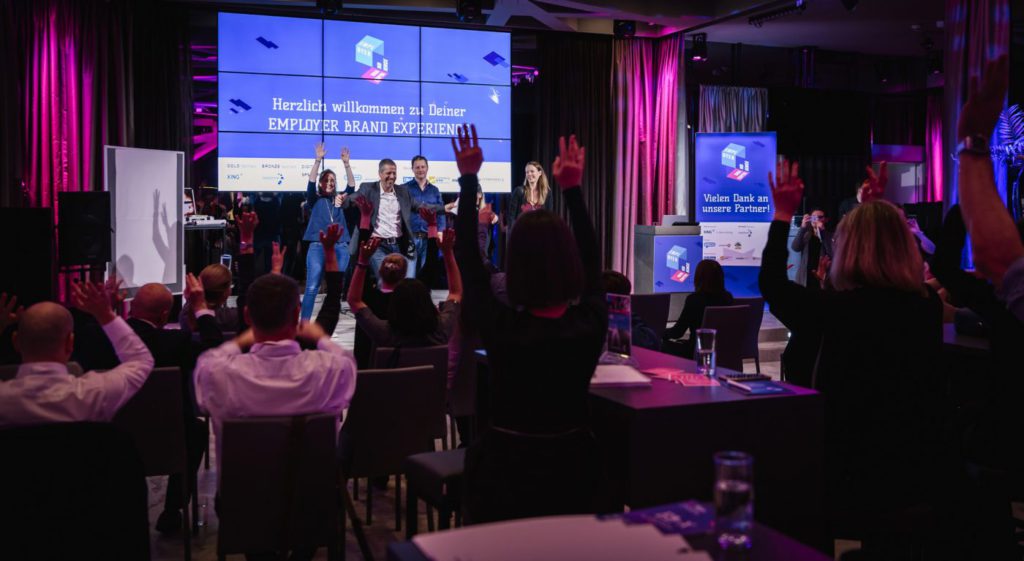 It was a small, smart and refined conference: Employer Brand Experience – EB-X for short – in the middle of November, 2018, in Vienna. There were speakers from the ÖBB, Axel Springer Verlag, innogy and many others. One aspect I found especially fascinating: Every speaker said the same thing, that it is absolutely necessary to first talk about the “why” of an organization (a fantastic article on this, “Digitale Transformation & kulturelle Zugehörigkeit”). Much of what I wrote about in my book “Selbstorganisation braucht Führung” was brought up, for example:

Along with the wonderful talk from Jurgen Appelo, who presented his new book “Startup, Scaleup, Screwup“, I especially enjoyed the presentation from Kristian Gründling, the director of the film “Die stille Revolution”. He talked a lot about the development of the film, which shows the changes at the hotel chain Upstalsboom. But this background story was secondary for me. What I found interesting was his confession that he had gotten lost in the advertising industry before the collaboration with Bodo Janssen on this image film about Upstalsboom. He no longer knew what he was doing there. Working on this film changed him and since then he sees filmmaking from a different perspective.

I can appreciate this, because it was very similar for me when I started working with Agile 15 years ago. This definitely changed me into a different person. Kristian Gründling pointed out that, as was the case with him and Bodo Janssen, it usually takes a major crisis for a person to change (the Satir Change Model sends its regards 🙂 ). I can also attest to this because changes in my own company often happen when something escalates, i.e. when a jump (a crisis) occurs.

Every presentation showed this pattern. Christina Müller (Manager Employer Branding) and Sven Rebbert (Change Manager HR) from Axel Springer Verlag beautifully described the voyage of their company into digitalization during their talk “Vom verrückten Bewerber zur neuen Organisationsidentität”. What I really remember is their brilliant vision of the future working space – Axel Springer Verlag is currently building a highly modern building in Berlin. Both of them talked about how this building is really just a symbol. The new construction is only a part of the concept “all of Berlin is the Axel Springer campus”. Every café, every park, every building from Axel Springer in Berlin is a working space. Company borders disappear and become fluid. That impressed me because it shows that Axel Springer is thinking far ahead about the digital restructuring of the company than what you might think at first glance. Here, digitalization is seen as a holistic change.

My thanks go to Jürgen Pfeiler from Corporate Culture Consulting, who recommended this conference to me. It was a fantastic program. We’ll see each other this year at the next EB-X in Hamburg.