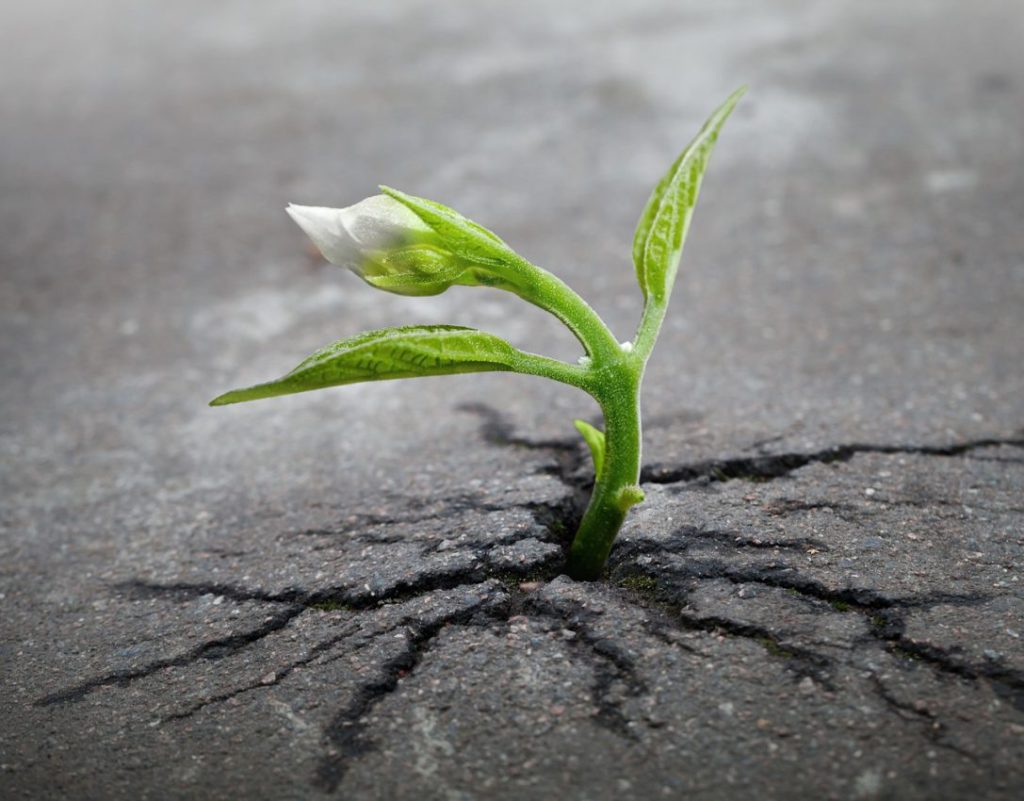 The buzzword “New Work” has popped up excessively in every magazine and newspaper in the last few months. This term is used to sell almost anything: Yoga for management, expensive and wonderful lounges (formerly the coffee kitchen) and, of course, the idea that every start-up is good and we just need to bring this hip start-up feeling into the otherwise bone-dry corporations. There are movies like “Augenhöhe” and “Stille Revolution”, books like “Musterbrecher” and consulting companies popping up, all promising the same thing: We will transform your organization and make it ready for the VUCA world (for example, take a look at the Forbes-promoted speaker Sunnie Groeneveld in Zurich).

There are surely hundreds of initiatives and thousands of methods that I am no longer able to follow, and most likely do not want to follow. I don’t understand why we need another differentiation of the same idea. Working Out Loud (WOL) is an example of such a phenomenon. I understand the WOL method, but I just shake my head. It’s another method looking for its target group, and in doing so uses different words to repeat the same old ideas from the Agile Manifest, Lean Management or from Peter Drucker (who really had ground-breaking ideas back then). It is sold to us as something different and better, but upon closer inspection we realize it is again the same ideas (we will see later that this phenomenon is exactly what characterizes a mainstream market). I have observed these developments over the last two years, and after having diverted my attention the birth of my child, my degree studies and the strenuous expansion of our company, I wasn’t really sure how I should react.

An uneasiness grew within me. A feeling that I couldn’t really put my finger on to begin with.  What was happening? Was all of this our competition now? Has a threat arisen towards our company? Is it possible there is a trend we overlooked? It was possible, but somehow, I had the impression that basically nothing new had happened and, at the same time, that it was okay. Our topic was being discussed more and more: creating a new working environment in which people become so happy doing their work that they are fulfilled by it rather than burnt out.

At the same time, this development and the growing scene simply started boring me. I had already shown the film “Der Upstalboom Weg” four years ago during training and mentioned it in my book “Selbstorganisation braucht Führung”. I waited on really important developments that didn’t all need to come from me. But nothing came other than reheated, well-known ideas. The other development: It was getting harder for me to validate simple facts from Lean Management or work visualization against arguments that were always the same.

I sensed this uneasiness. Something was happening: a drifting. At first it felt like New Work was being turned into a type of consumer good. It was cool to drive to Silicon Valley. Did our ideas really become fashionable? Did the real goal of our ideas get lost? In conversations with customers and with many of you in meetups, we started hearing more often: “We are already using Scrum, we also tried Kanban, but that also didn’t work.” On one hand, the books written by us, Agile consultants, were understood and some people even implemented the suggestions given in them. On the other hand, it seemed as if nobody wanted to delve deeper into the ideas behind these suggestions.

The actual idea of Agile, which is what had fascinated me, appears less and less. Agile was supposed to help us take on more personal responsibility, which we lacked due to the structures imposed on us by institutions. But now it seems as if this fundamental project would fail.

A colleague once said to me: “Agile has made its way through the large corporations.” Agile became something external, just like every other method and every other “skill” that could be purchased by management, rather than being an integrated and conscious knowledge. Thus, management can control it with their unchanging methods.

Like “Lean Management” before it or even like project management, Agile was assimilated and became ineffective. It was tailored in such a way that basically nothing needed to change. If you do not truly understand the idea behind agile working or New Work, and see it only as another method which can be used to treat people like objects (clearly seen by using the word “resources”), nothing has changed. You just tell the people they must use a task board instead of a project plan. As before, people are deprived of the right to make decisions.

I had started with other assumptions, so this only slowly became clear to me – however, I couldn’t find the words to describe what was happening. I wanted to show how conditions within a company could incapacitate individuals as well as teams. It never occurred to me that other people weren’t able to see this. It wasn’t clear to me why people kept telling me that they were only selling tools and methods, nothing more. For me, tools and methods were just a small part – a kind of prerequisite – for being able to make the actual idea (see above) a reality. Sort of like needing to learn musical notes to be able to make music, but learning notes isn’t actually making music.

If we continue down this path, we will become objects

As I said, I was wordless – not speechless. I had not yet found the words to describe what was bothering me. However, I was drawn towards the idea of dignity as described by Gerald Hüther (who wrote a wonderful book on this, “Würde – Was uns stark macht, als Einzelne und als Gesellschaft”). Over and over, Gerald Hüther points out that it makes an enormous difference if you encounter a person and see them as only an object of your own personal interests, or whether you appreciate them as a subject that you can learn something from.

Life and the coexistence of many people is not determined by preserving one’s own dignity, but rather securing one’s advantages and profits at the expense of others. And these people do not shy away from using other people as objects for realizing their intentions and goals – similar to how they use tools and machinery, or their pets and farm animals. Not only do adults experience this, who might be able to protect themselves from it, but also powerless and helpless children who are at the mercy of such ambitions. (1)

Hüther was on the right track and in his most recent book he firmly subscribes it to the “internal compass” of a person’s dignity. So far so good, but this still didn’t help me find the words.

Thank you for the clarity, Lars Vollmer!

I went in circles, and yet it also became clear to me that we would need to align our company towards the topic of sustainable business over the next few years. Then Lars Vollmer gave a presentation called “New Work has arrived in the mainstream – now what?” and it “clicked” for me. That was it. He was absolutely right when he said that we are not using all the New Work mumbo jumbo to get people to start thinking or allow them to freely make decisions. In other words, to be treated as adults. Instead, once again, all these methods are used to dictate to people how to be, how to work, how to live and how to love. Incidentally, Ken Schwaber always upheld the tenet that we deal with each other as adults in a company – and be treated accordingly.

It was never my intention, nor the intention of people like Tobias Mayer (author of “The People’s Scrum”), Stacia Steingartner or former colleagues like Andreas Schliep (now at The Scrum Team), to simply sell tools and methods. Instead, our intention was to free people from infantilization (as Lars describes it in his talk). We wanted to show how we live in dysfunctional relationships within organizations. We wanted to humanize the work and make it fun again. We wanted everyone to feel effective when doing their work. It wasn’t until much later that Agile was commercialized in order to again exploit the individual and deny them thinking for themselves.

Let’s start the journey to our inner compass together

We do not need to renounce Agile or New Work. Instead, let’s start the journey to our “inner compass”. Let’s implement what Bodo Janssen demonstrates in his movie “Die Stille Revolution”. In my case, it means, among other things, using Agile to solve the really crucial questions. I understand now – thank you, Lars – why we started Scrum4Schools. It wasn’t about winning an argument about methods, which would have been easy. We wanted children to see themselves as subjects and experience being self-effective. In doing so, these children become self-sufficient rather than consumer victims. They will grow up to be adults who engage in real relationships with others. They will treat others with dignity. If this succeeds, then the glass ceilings for women – especially for women of color – within companies will break themselves. And then nature conservations efforts will have an effect, and maybe eventually there will be more companies developing sustainable business models to keep our planet habitable.