I treat my child as if they were my friend 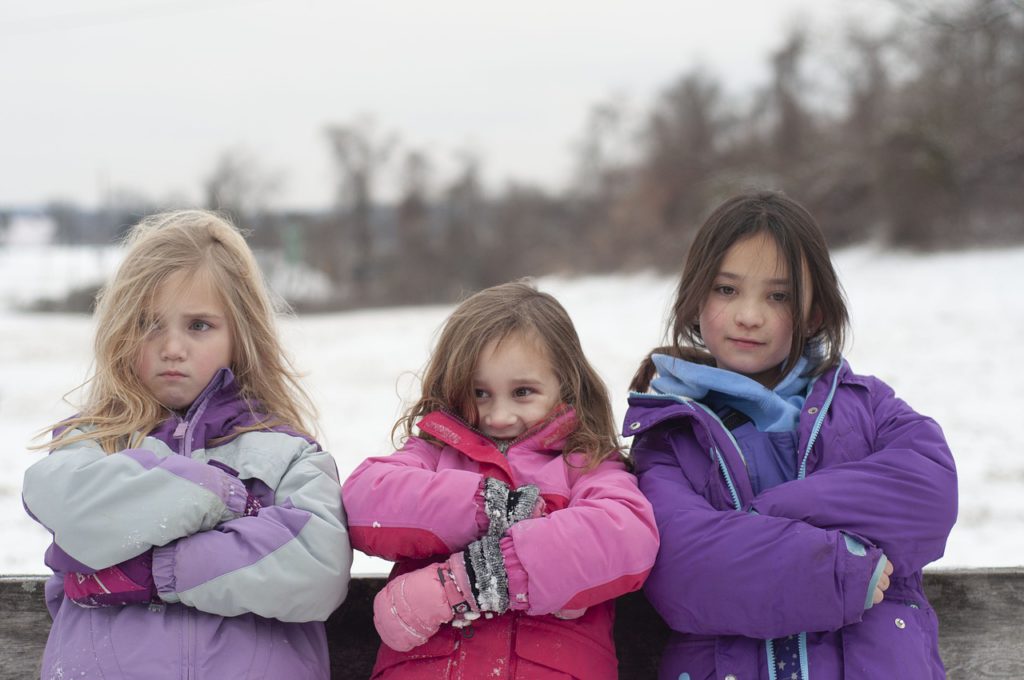 Maybe you’ve seen this: Small children resist when they should sit quietly while eating, should eat what their parents serve them and then also pretend as if they like it. They react with crying, frustration and temper tantrums. Shaking their heads, parents ask their friends and acquaintances what can be done. The child is simply misbehaving. In a few years, if the child isn’t successful at conforming to what is demanded of them, they will be given Ritalin to calm down.

I could never understand this. Why shouldn’t a child be treated with the same respect and the same dignity that I would show other people? Why must children also do what we want them to do? Why must I prevail instead of finding a solution that is okay for both of us?

And then there is the completely normal daily routine in which stressful situations turn into conflicts. All the beliefs are quickly thrown out and instead you enforce your position against the will of the child. Or don’t you? Of course, this happens because the majority of us were treated the same way as children, as though we had no say in things, as though we were only meant to be controlled so that our parents prevailed. However, as adults we have an intellect. We could use it to see what is really going on in each situation and whether or not there is an alternative resolution. Maybe, we could possibly prevent getting into such situations to begin with by not putting pressure on our child. Because we don’t need to deal with children that way. Or because we realize that Gerald Hüther was right when he said that we should never see children as objects (he is right, but that doesn’t help me in my daily routine). Maybe there is a way to let go, that maybe we really can allow the child to make decisions for many, many things.

There doesn’t need to be a battle about the coat

I would like to make this clear using an example. Wintertime, in the morning, is cold. Many small children between 1 ½ and 3 years old do not want to wear what they should wear when they head out to daycare or going outside to play. Usually at this time of year it is going about the coat, the boots and the hat. Often there is shrieking and many minutes of crying. The child wants to wear a different jacket or a different hat. Or none at all.

Let’s step back from the situation and analyze the standpoints: As adults, we go outside into the cold and we are freezing. We are at home the whole morning eating breakfast, then leisurely (or hurriedly) got ourselves ready. As such, us big people have barely moved. The house or apartment was comfortably warm and we want to take this warmth with us. So, we put on a fantastic coat, perhaps a really great scarf because it looks good, and then believe our child also needs to put on a warm coat. Because it’s cold outside.

Let’s leave this scene and jump quickly into a different situation.Have you quickly made your way to your car in winter after spending an hour or two at the fitness center? It is really cold outside? However, you are so warm that you don’t even put on your jacket to get to your car? Even inside the car it isn’t necessary to immediately turn the heat on. You are so warmed up that you could go outside in summer clothes and it wouldn’t matter.

Back to our morning scene. Our little munchkin was moving around up until the moment the jacket needed to be put on. The whole morning, from the time they woke up, was spent jumping, running through the house and doing tons of squats (count it sometime, it is really a lot). They climbed cabinets (pull-ups), stood on their tip-toes (calf-raises) and carried stuffed animals or dolls, which weigh 10 to 20 percent of their body weight, through the house (farmer’s walk and deadlift).

The child was going around in a heated room the whole morning, in Pampers that are well-insulated, as well as pants and possibly even a lightweight sweatshirt. So, they did their workout without pause in full gear in a heated 70-degree room. Now they should go outside, so they quickly and happily run to the coat rack. But they won’t be very long outside. They’re only going to the car or maybe a five- to ten-minute trip to daycare sitting in the stroller, which was also standing inside and probably has an insulated liner, too. If they walk next to the stroller a bit later, they have to walk relatively fast to keep up with us. Again, the body heat motor is revved up. I think a child has every reason in the world not to put on an extra warm coat – and children naturally remember how things were yesterday. They know how warm it will be.

Children are not dumb – they take care of themselves. They know if they are warm or cold. But we just assume that we know it better. We simply do not treat them with the necessary respect when we “force” them to put a coat on. In most situations, we do not treat them like our friend. We would never impose our will upon our friends. With our friends, we would help them put the jacket on that they want to wear, we would offer them a breakfast they would like to eat, and we would listen to them when they have something to say.

Are there situations that small children are not yet able to deal with? Yes! Occasionally, it is necessary to ignore the child’s wishes. In cases where we really have to keep an eye on them, when there are things our little munchkin is not yet capable of dealing with – or when we need to lead them rather than nurture them.

However, my experiences and many, many hundred days of observation and hours of reflection over many, many months tell me that we, as parents and educators (who do great work in daycare and kindergarten), do not need to assert our authority as much as we might think. Let’s take our children seriously. Let’s let them do what they want with the understanding that often they know what they need better than we do. Very often, more than we would realize.

Let’s simply imagine that our child was our friend. Our attitude towards them will change and getting dressed in the morning will be so much more relaxed.